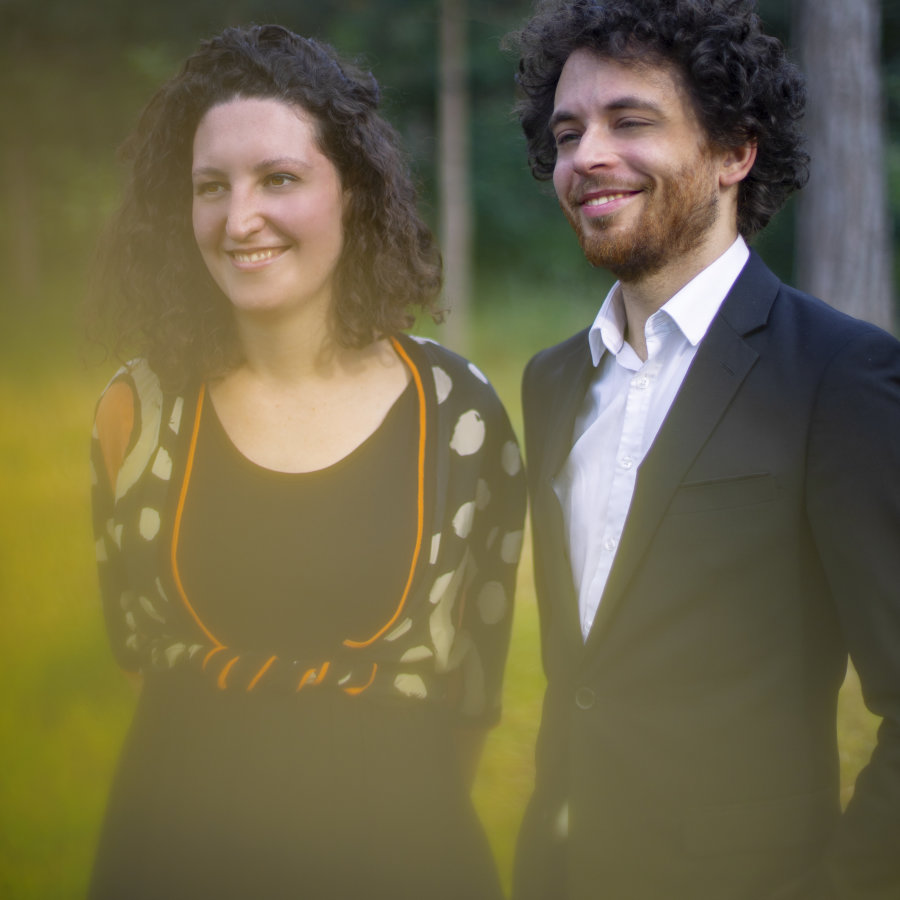 After starting playing together in 2014, Lucie and Benjamin, having explored a large repertoire. They are now focusing on classical and romantic music, playing period instruments. Lucie Arnal got her Master’s degree in the Conservatoire National Supérieur Musique et Danse of Lyon, and specialized in baroque and classical cello with H. Metzger. She participated in sessions at l’Abbaye aux Dames (Saintes), and has been invited by C. Holden in Oxford to take part in the “Transforming Nineteenth-Century Historically Informed Practice (Transforming C 19 HIP)” research project. She also plays with period instrument ensembles including Les Musiciens du Louvre and Le Concert Spirituel. Benjamin d’Anfray received two Master’s degrees in the Conservatoire National Supérieur Musique et Danse of Lyon (soloist and piano accompaniment). As a sought-after accompanist and vocal coach, he works regularly for the Paris Opera. He began specializing in historical pianos in 2015, and is currently finishing his Master’s degree at Sorbonne University, with professors E. Torbianelli and P. Kuijken, where he researches pianistic improvisation in the 19th century.

Their duet has been playing period instruments since 2017; they have participated in workshops led by E. Torbianelli, F. Caida Greco, C. Brown, M. Bilson at the Royaumont Fondation. They have been finalists of York’s last Early Music Young Artists Competition in 2019. Lucie and Benjamin also perform together in the Ensemble Lélio, which they founded in 2018 with soprano Jeanne Mendoche and clarinetist Roberta Cristini.