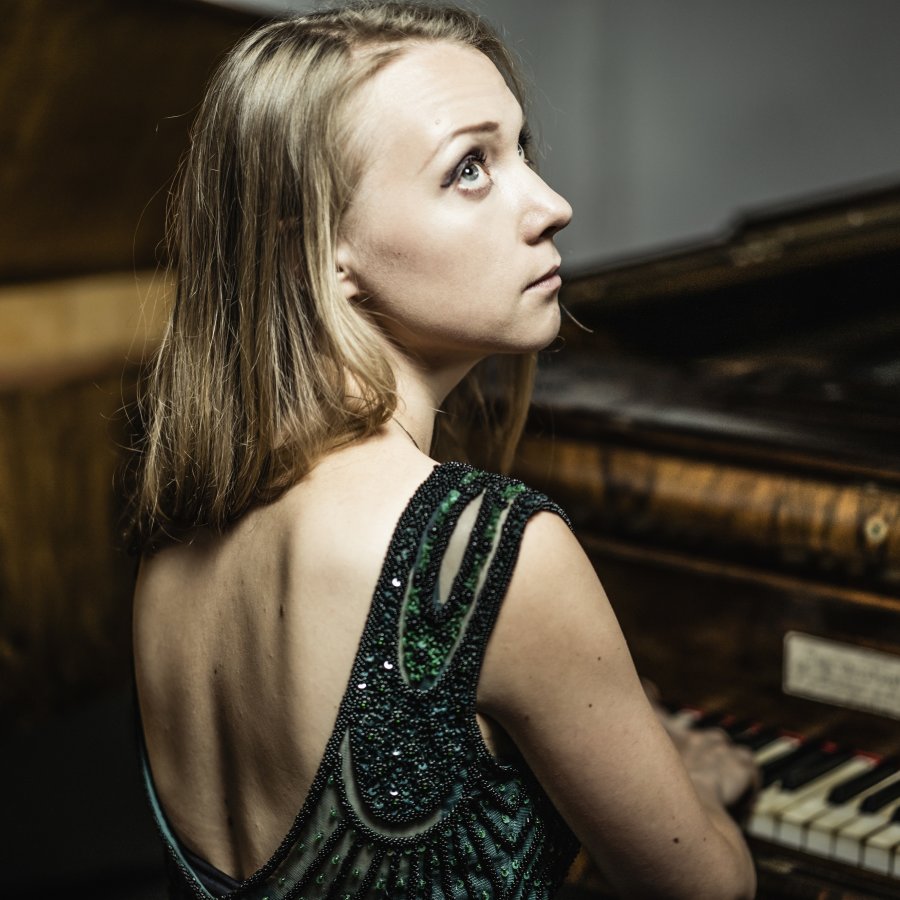 ‘How would Beethoven sound if you threw a molotov cocktail between the keys? It’s the inflammable temperament that distinguishes herself from the regular fortepiano player.’ (de Volkskrant)

Olga Pashchenko is one of today’s most versatile keyboard performers on the international stage. Equally at home on fortepiano, harpsichord, organ, and contemporary piano.

From Bach and Beethoven on historical instruments to Ligeti on contemporary piano, Olga enjoys a busy and eclectic concert career as a soloist, recitalist, and chamber musician. She is a regular guest at early and contemporary music festivals alike, including: the Utrecht Early Music Festival; the Radio France Festival in Montpellier; the Festival Musiq’3 in Brussels; the fortepiano festivals of Amsterdam; the Maggio Musicale Florence; the fortepiano series of Milan and Padua; AMUZ Antwerpen; Concertgebouw Bruges, and the Cité de la Musique in Paris. As a concerto soloist, Olga has performed with the Orchestra of the 18th Century; musicAeterna with Teodor Currentzis; Meininger Hofkapelle; the Amsterdam Sinfonietta with Alexei Lubimov; the Collegium 1704 under Vaclav Luks at the Chopin Festival Warsaw; and with the Finnish Baroque Orchestra at the RSO Festival Helsinki. Her chamber music partners include Alexander Melnikov, Evgeny Sviridov, Dmitry Sinkovsky, and Erik Bosgraaf. Most recently, Olga made her debut at the Salzburg & Berlin Festivals in recital with Georg Nigl.

This season's highlights include solo recitals at Thuringer Bachwochen, Festival Pianoctambule, Concertgebouw, Muziekgebouw aan t’IJ, and a recorded recital for WDR at Schloss Hohenlimburg. She will also perform duo recitals at Cite de la Musique and the Beethoven Haus with Georg Nigl. In Autumn this year, Olga will embark on a decade-long project to record and tour all the Mozart Concerti with Il Gardellino, completing two discs this season with performances in Palais des Beaux-Arts, Brussels amongst others.

Olga has been Hausmusikerin at the Beethoven-Haus in Bonn since 2012, where she gives regular recitals in the series Bongasse 20: music from Beethoven’s time.

Previous highlights include duo concert in Antwerp with Alexander Melnikov, a solo recital at the Moscow Philharmonic, as well as a return to the AMUZ festival for its Beethoven Marathon in 2020. Olga has an ongoing partnership with musician Jed Wentz with whom she collaborates on a special cinematic project, performing an array of new arrangements of romantic music to accompany a selection of silent films from the 1920s such as Tartuffe and Faust by F.W. Murnau and La glace à trois faces by Epstein.

In 2017, she was appointed as a Professor at the Sweelinck Conservatorium van Amsterdam and Royal Conservatory of Ghent.