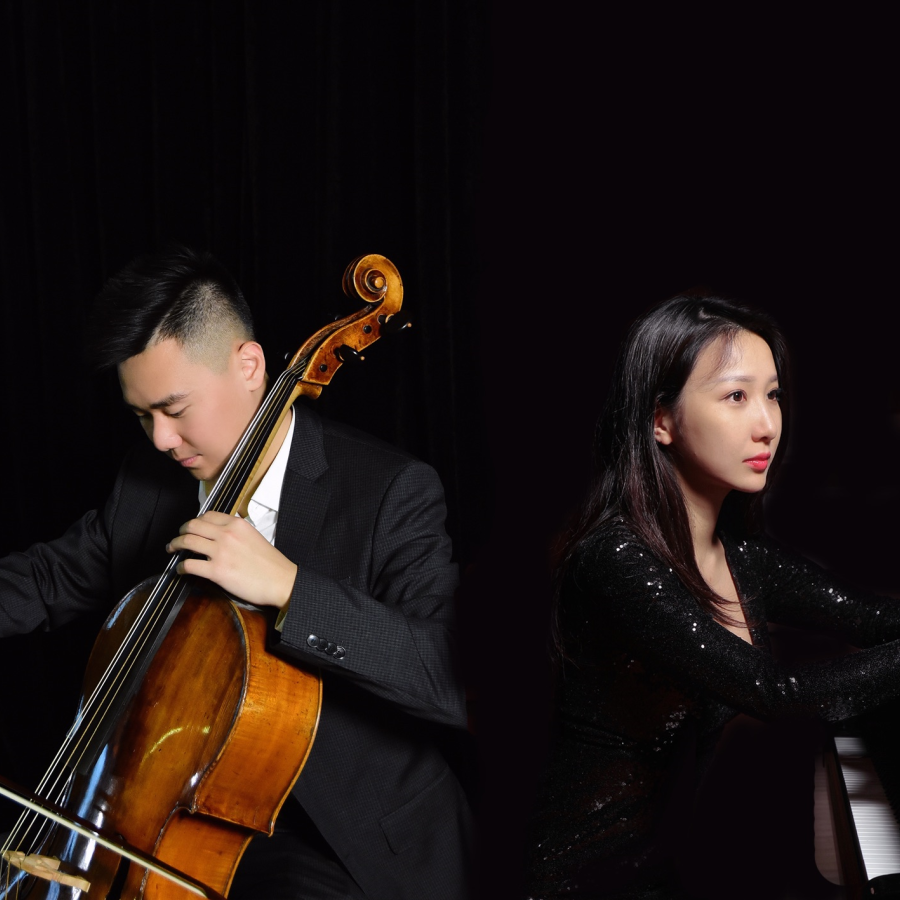 A duet between early pianist Zijun Wang and Baroque cellist Xiao He is the only ensemble that focuses on music from classical period to early romantic in China, dedicated to performing and promoting historical performance. They studied in Royal Conservatory of Music in The Hague with Bart van Oort, Conservatoire National Supérieur de Musique et de Danes de Paris under Patrick Cohen and the class of Christophe Coin in Schola Cantorum Basiliensis respectively. They were the first group of Chinese performers who systematically learned the early music. Although the ensemble was founded not long ago, it has attracted a lot of attention. In the coming 2021 season, they will tour in China with Beethoven program concerts and record albums.

Pianist Zijun Wang is the only Chinese pianist who holds degrees both in piano performance and fortepiano performance. She regularly plays concerts in France, Italy, Netherlands, England and her native China. Now she teaches piano and fortepiano at the Wuhan Conservatory of Music. She was the winner of the fortepiano concerto competition in Paris Conservatory, and as a result performed with earlier instruments orchestra both in Brussels and Paris. The Windsor newspaper once commented “The vitality and strong emotion of Miss Wang’s performance enthralled the audience, it was a moving, unforgettable recital!” She studied rigorously learning about the music of 18th and 19th century, trying to restore the classical style of playing and techniques. Her efforts were praised by the famous internationally  acclaimed historical piano master, Cornell University’s professor, Malcolm Bilson.

Xiao He received a degree of modern cello in Prague and Zurich. During his sojourn in Europe, Xiao has had great passion towards early music. He began his systematic study of baroque cello with Phoebe Carrai, Martin Zeller. Xiao was selected The Juilliard School at the Piccola Accademia 2018 in Italy. In the past year, he has performed quartet versions of all Beethoven symphonies and French baroque works at and Shanghai Concert Hall and Forbidden City concert hall.